The American Society of Mechanical Engineers (ASME) is a worldwide society of Engineers that sets standards for engineering equipment. ASME has always strived to model budding engineers with virtues and ethics. The Student Section of ASME in MACE, ASME MACE STUDENT SECTION, constantly tries to dissolve the disciplinary barriers by working with the students. Our aim is to enhance the technical and soft skills of budding engineers. Members of ASME are provided with a string of opportunities that improves their academic and technical knowledge. 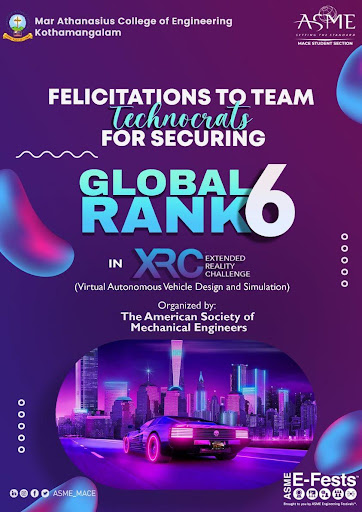 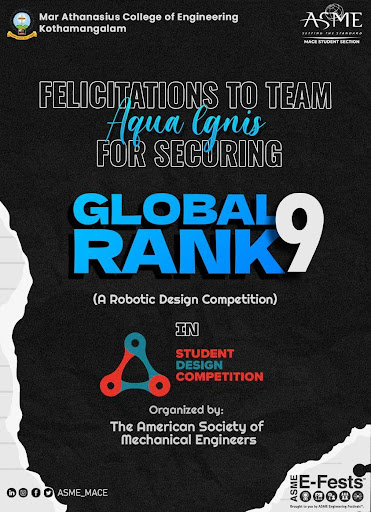