Entrepreneurship Development Cell (EDC) of Mar Athanasius College of Engineering, later renamed INNOVATION AND ENTREPRENEURSHIP DEVELOPMENT CENTRE (IEDC) MACE, was established in the year 2015 and is supported and funded by Kerala Startup Mission. Right from its inception, IEDC MACE has been spearheading various activities to promote the innovation and entrepreneurship culture among the students.

IEDC MACE is run by Student Execom members with a faculty member as its Nodal Officer. As envisaged by KSUM, IEDC MACE is a hub for learning and innovation which promotes and nurtures an innovation culture among innovators. IEDC MACE organizes various workshops, seminars, Makeathons, Hackathons, Idea Fest competitions, and many more to spread the entrepreneurship culture and foster innovation among the students. It also provides financial, technological, and mentoring support to its incubated start-ups. IEDC MACE helps students translate their innovative ideas into prototypes and supports them in their entrepreneurial journey. It also acts as a bridge between the student innovators and the vast network of MACE Alumni, who are well-known entrepreneurs and holds prominent positions in various companies. The student innovators are also mentored and supported by the MACE alumni. IEDC MACE, in association with Kerala Startup Mission, also provides support for filing patents and various members of IEDC MACE have patents assigned to them.

Kerala Startup Mission and Mar Athanasius College of Engineering have together set up a state-of-the-art FabLab for rapid prototyping and product development in the year 2017. The FabLab is the place where one finds the most enthusiastic and tech-savvy student members of the college and is widely used to implement and test student ideas and innovations. In response to the rampant floods that affected the state in recent years, IEDC MACE was quick enough to extend its helping hands to the flood victims. Using the facilities of FabLab, the student members of IEDC developed solar-powered mobile charging units and were distributed to the flood-affected areas of Wayanad and Nilambur.

IEDC MACE is now set forth towards a major transition. IEDC MACE is now on the path of transforming itself into a Technology Business Incubator (TBI) and is one among very few IEDCS to be selected by KSUM for providing the funding and support to become a TBI. 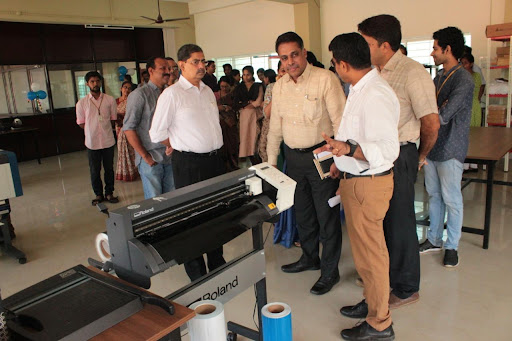